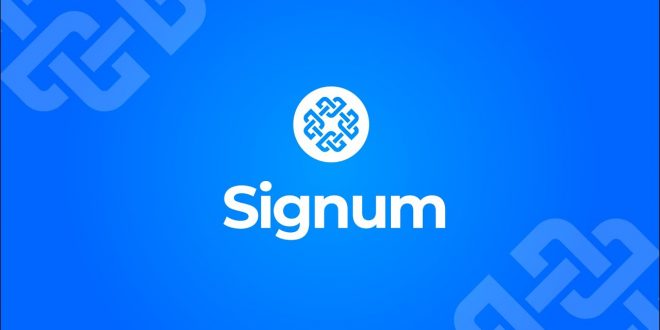 The crypto movement is now available to anyone who feels green. In less than two weeks, Signum, the new generation of blockchain technologies, will go live.

Signum is an integrated smart platform offering multiple innovative features, including its native cryptocurrency Signa, which can be transferred, traded, and mined.

Signum, the firm’s main product, is a blockchain-based system with world-class capabilities such as smart contracts, peer-to-peer communications, token generation, and quick and secure online transactions.

In a sustainable way, Signum brings the world a powerful blockchain solution. A decentralized ledger system is used to distribute, trade, transmit, and store Signum’s digital currency, Signa. Payment gateways, intermediaries, and banks are not involved.

A digital currency like Signum, however, is far more than that. Decentralized applications can be created on this flexible and customizable platform that has the power to resist censorship.

With exchanges, markets, financial services, even games, we’ve only scratched the surface of what’s possible. It is genuinely sustainable when compared to other digital currencies like Bitcoin or Ethereum.

The Signum was claimed in a whitepaper as the world’s first completely sustainable blockchain, requiring no and over 0.002 percent of bitcoin’s energy to run the blockchain and using less energy than bitcoin.

Signum also avoids e-waste in comparison to other cryptos, since its hardware is consumer-grade and easy to repurpose.

Why is Signa the cryptocurrency of the future?

It is more than simply some digital money; it is the basis for a sustainable future. A decentralized ledger system is used to mine, trade, and store Signals.

Moreover, it is used to facilitate the creation of Tokens, smart contracts, and messaging through Signum.

In addition, there are no environmental or negative consequences associated with today’s other cryptocurrencies.

The news of Signum’s debut, as per Benjamin Schroeter, serial digital entrepreneur as well as Chairman of the Signum Network Association (SNA), comes at an excellent moment, considering the recent upheaval in the bitcoin as well as cryptocurrency marketplaces.

How does Signum differ from others?

Signum opened the world to the Evidence of Commitment (PoC+) autonomous consensus as an extension of the Proof of Capacity (POC) consensus.

Instead of the well-known Proof of Work (PoW) consensus which requires special equipment and consumes huge amounts of power, PoC+ uses only available disk space.

Miners can enhance their functional storage space by committing a Signa balance (stake) to their account. As a consequence, their chances of collecting mining bonuses will increase. Since PoC+ can be used with existing equipment, it is a greener alternative.

In order for digital futures to be sustainable, we need Summum. The world as it is now will be changed by the introduction of the Signum.

Turing-complete smart contracts were first implemented by SIGNA on a public blockchain.

This advanced smart contract system is based on Signum SmartJ, which uses the general-purpose language Java for creating and deploying smart contracts.

It is easy to create new applications that use Smart Contracts due to their properties. Examples are decentralized synchronized lotteries.

Blockchain technology isn’t a new concept; many people have suggested it as such. However, Signum is truly leading the way when it comes to sustainability.

As of 2019, Signum’s core development team and its active tech community have worked round the clock to build the Signum Foundation. Signum dates back to the 2014 genesis block of Burstcoin, a blockchain.

Notwithstanding the well-known Verification of Work (PoW) consensus employed by Bitcoin as well as many other currencies, PoC+ does not necessitate the installation of any specific equipment.

Mining companies can now commit a Signa balance (stake) to their accounts in a new way to increase their storage capacity.

As a result, the network is better protected and they are more likely to earn rewards. Since PoC+ can be used with existing equipment, it is a greener alternative.

Benjamin Schroeter suggests that Signum could be a good alternative to energy-consuming cryptocurrencies. As it does not generate e-waste or has no concerns about energy consumption.

Signum offers sustainable and fairways of launching new ideas to businesses and individuals. Signum has no limitations at all.”

As part of its founding philosophy, Signum has established core values, which remain the foundation for all products developed on the platform.

Innovation, fairness, and sustainability reflect the identity and values of Signum:

The signum’s principal developer, Jos, believes the signum blockchain and its community are so effective because of the signum philosophy.

Signum: Find out more about it

Compared to other cryptocurrencies, Signa (SIGNA) powers itself with small amounts of energy and leaves very little e-waste behind.

Blockchain solutions for everyday life are available from Signum to users and developers throughout the world.

The Swiss Not-for-Profit Association (SNA) was founded in 2021 to provide Signum with a solid foundation to grow and enable it to achieve its vision of being a sustainable and innovative blockchain.

The world’s biggest gaming company, Lootboy, has launched a green cryptocurrency for its payments: Signa.

Lootboy and Signum, in a groundbreaking partnership, have developed a cryptocurrency payment system specifically for gamers. Lootboy will use Signs, Signum’s native digital currency, to process all crypto payments going forward.

Globally, over 10 million users will be offered a framework of rewards, incentives, and loyalty programs.

Signa can now be mined and paid for using anything from a computer to an Android tablet.

There has been no step taken so far in the gaming industry to reduce the industry’s carbon footprint.

There is substantial waste generated by gaming, from plastic casings of consoles to metal circuit boards mined.

Furthermore, next-generation games are highly energy-consuming and produce a large amount of e-waste.

Over 5 million cars’ carbon dioxide emissions are equivalent to the energy consumption of 34 terawatt-hours from US gaming platforms alone.

It would be a nightmare for the environment if cryptocurrencies and blockchain technology were used in the gaming industry.

Lootboy sought to boost the visibility of crypto and blockchain energy-hungry systems in addition to working in the gaming industry,” explains André Kuschel, CEO of Lootboy.

The right choice was to go with Signum. There is no energy bill or environmental harm associated with using Signum as opposed to some of the bigger cryptocurrency players.

Lootboy is yet another fast-growing European start-up in the space of e-commerce and gaming, despite being only three years old, but with more than 10 million registered users.

The formation of a collaboration between Signum and Lootboy appeared to be the most logical thing to accomplish.

Signum’s innovative blockchain, which is used to power the cryptocurrency Signa, consumes only 0.002% of the energy of bitcoin while producing no additional e-waste.

In terms of integrating cutting-edge blockchain technologies with minimal environmental impact, Signum is a true pioneer. There is an innovative payment solution that any business can adopt without much effort. The only blockchain that can do this, in today’s market, is Signum.” says Kuschel.

Lootboy believes that many gamers are from a generation that may have to pay for climate disasters, which means they are confident they will see signing up with Signum as a positive step.

As Benjamin Schroeter, NA chairman, stated, “most people care about sustainability, but the younger generation in particular.”. Sustainability creates wealth for all stakeholders when embraced as a core principle.

The Signal coin is the most undervalued coin on the market today, according to many experts. Together, Lootboy and Signum will get the attention and awareness they deserve.“

Loot Boy will introduce its Signal system in a stage-by-stage manner. The process will be introduced to more and more users gradually, explains André, “to attack this strategically.”. Signa will be used to encourage loyalty and encourage participation as well.”

As a result, Lootboy plans to build industry-leading payments, incentives, and loyalty program frameworks using Signum, and to open the solution up to more gaming companies in the future.

It is unique for the gaming industry for Signum and Lootboy to partner up. The industry will hopefully be reframed and more players will consider how sustainable blockchain usage can be.

What is the process of Burstcoin mining?

To mine Burstcoin, the Proof-of-Capacity (PoC) process is used. Zero Burst coins were pre-mined by the Burst developers. It takes four minutes for Burstcoin’s blockchain to process a block. Burst tokens are limited to 2,158,812,800 and are reduced by 5% every month.

Is Chia Cryptocurrency available to buy?

Despite its volatility, you can buy from Binance or Kraken any place you can buy most cryptocurrencies. The first step is to purchase Tether Coins, each of which is worth very nearly $1; you can then buy Chia with those coins.

Signum coin – what is it?

With its world-class blockchain applications and powerful architecture, Signum is the first truly sustainable blockchain. As compared to other cryptocurrencies, Signa (SIGNA) uses a tiny fraction of the energy, costs, and e-waste of others.

The mining of BurstCoin is profitable, right?

Neither GPUs nor ASICs is as profitable. Although it produces very little heat and uses very little power, there is one positive to it. My Burst is not for profit, just to support a green coin, to experiment with new technology, and for a chance at value appreciation.

Do you know what hard drive mining is?

Mining HDDs, or storage mining, is a way to obtain encrypted currency through hard disk storage. As opposed to traditional hard disk mining, which is also called GPU mining, new blocks of data in the distributed ledger are generated using hard disks to receive rewards. 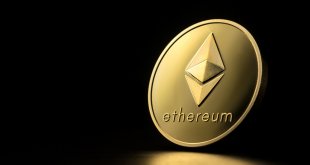 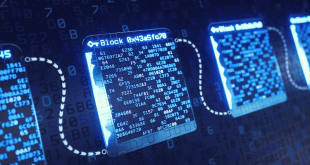 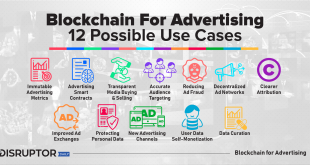 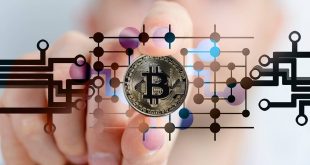 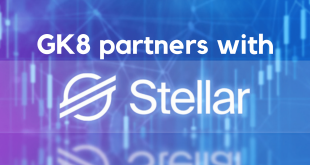 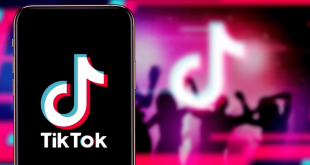 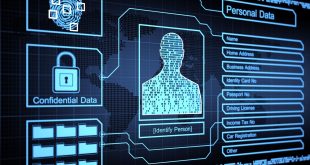