With Neuralink, humans would be able to control machines with their minds, which means technology represents the future of technology. Neuralink has some features you should understand. A monkey playing ping pong with its mind was posted by Elon Musk’s Neuralink company on April 9.  Tesla CEO Elon Musk responded to a tweet stating that this future technology could be tested in humans within the year.

After a Tesla employee responded to a tweet that they were available for clinical research, Tesla CEO Elon Musk said Tesla would work with human research organizations to do human testing by the end of 2021.  Alzheimer’s and Parkinson’s diseases may benefit from using this new treatment. Do people talk a lot about Neuralink, or Neural Link, the neuroscience technology?

The Neuralink is a device that neurosurgeons implant by using robotics. This procedure involves injecting a chipset called a link in the skull.  The electrodes used in the process are connected to insulated wires. By using this method, it is possible to operate smartphones and computers without touching them.  Precisely what is the mechanism behind this “innovation” (in the sense of pushing the limits of neural engineering)? You will communicate with machines and even control them using Neurolink, a device surgically implanted inside your head. Moreover, it will enable researchers to study the electrical signals in the brain to come up with effective treatment for various medical disorders.

How Does Neuralink Work?

The best way to understand Neuralink is first to know how the brain works. Neurons are cells within the body that transmit signals to surrounding cells, such as muscles, nerves, glands, and epithelial cells.  Typically, a neuron consists of three parts: dendrites, somata (cell bodies), and axons. There is a function for each component in this system. The dendrite receives signals.  The soma processes signals. Cells then receive the alerts from the axon and transmit them. Connected neurons release neurotransmitters at synapses.

A current is then generated across the neuron cells using these chemical substances. Electrical signals produced by several neurons in the brain will be read by the electrodes part of Neuralink.  A movement or action is then output in response to the signals. The firm’s website explains that the device is implanted directly into the brain to detect brain signals since it cannot be embedded outside the skull.  Having learned how Neuralink works, let’s look at what Neuralink is used for.

A commercial version of Elon Musk’s ambitious brain-to-machine connection project is almost ready to be released. On 28 August, Neuralink, more commonly known as NeuraLink, will share further updates about the project.  An idea of when and how this technology will be used can be obtained by looking at when it will be introduced. Neuralink is a platform that aims to change interactions between humans and machines in a way that Musk has not announced its release date yet. Moreover, Neuralink could significantly advance neuroscience and neuroanatomy studies.

What Does Neuralink Do?

Neuralink can be applied in other ways in addition to treating encephalopathy. It can also be used for communication between technology and the brain.  With a brain-computer interface, people with paralysis can use their phones and computers without difficulty. Through text messages or voice messages, it aids people in communicating.  Of course, Neuralink is not restricted to taking pictures, drawing pictures, and doing other activities.

How Will Neuralink Install?

People are hesitant to undergo brain surgery since we know we will be drilling holes in their skulls and inserting wires. Musk has stated that the procedure is complicated and beyond what can be accomplished by even high-level experts. Therefore, Neuralink will implement a robot that will insert a device with speed and precision into the cortex.  To ensure safety, the company will comply with the health ministry’s regulations while operating.

A microscope and needles measuring 24 microns in diameter are used to insert the Neurolink sensor module into your brain. A micron is one-millionth of a meter. Because the needles are so tiny, it is hard to see them with the naked eye. The company suggests that about 10,000 electrodes may be inserted into the brain. Robots are designed to prevent veins and arteries from being damaged during the insertion of other devices into the brain. Bypassing blood vessels is the only way the electrodes will be inserted.

Incisions are expected to be 2mm long and 8mm wide. Once the procedure is accomplished, the exposed part of the skull will be attached with a chipset module. The person could be partially anesthetized and be under two hours of anesthesia during the installation procedure.

How Can Neuralink Be Used?

It is expected that the healthcare sector will be improved during the first phase of the project. Using the equipment, people with paraplegia can perform simple computer or phone tasks. Epilepsy can also be prevented with the use of this medication. The device can also help restore sight to someone whose optic nerve has been damaged, Elon Musk stated in an interview. In principle, this technology should be able to fix any problem with the brain.

The Neuralink therapy can also restore movement and speech to a paralyzed person, Musk said. Musk said that a symbiotic relationship between the brain and technology would also allow humans to communicate without actually talking. The instructor didn’t specify if we would need to know a specific language, but he assured us that we would learn it.

The ability to read another person’s mind would be incredible! A recent announcement by the company talks about the ability to stream music directly into users’ brains. The Neuralink will be connected directly to the ear via an ear hook, which requires a hardware link to be connected to the ear.

You are entering an AI world, where the potential is limitless! If we had an internet that communicated without physical devices like phones and smartphones, everyone would be able to connect. With this kind of technology, telepathy cannot be ruled out. Furthermore, we will be able to communicate faster since we will no longer have to type sentences. Because of this, we are capturing thoughts, and making them into sentences will take some time. Once the technology is deployed, the company will explore more use cases. However, in the beginning, the company will focus on making sure that the technology works seamlessly with devices.

Here are a few concerns

The Netflix series Black Mirror taught us that if there is one thing we shouldn’t do with artificial intelligence, it’s not messing with it. While neural links may offer the next step in artificial intelligence, people may be reluctant to have a computer chipset in their heads. It is still too early to introduce humans to technology. In the past, symbioses with live animals have only been performed with rats and monkeys.

However, an animal brain can never compose a symphony, although some have tested monkey brains to control computers with their minds. Have you done that? The device will also be connected to the internet, which poses how it will be secured against hackers who may attempt to steal directly from our brains. Is there any way for someone to spy on my thoughts through this device? Is the device going to be inside your head for a very long time? The Neurolink Corporation is aiming for at least a ten-year timeline.

Are you going to be able to delete it later? “Yes,” Musk replies. The first commercial launch of Neuralink will provide more information on this and other questions like these. In the meantime, I am delighted that something like this is in the works.

Neuralink: What it can become

From a capitalist standpoint, more significant than Apple or any other existing technology company, except maybe Amazon, for if we couldn’t shop with our minds, where would we do it?. You don’t need an Apple Watch or an iPhone anyway, since you could do everything from your head! Neuralink’s success will shape innovations in the future.  Imagine a future with Neuralink and what once seemed like a bit of innovation and beyond reach, such as augmented reality glasses.

While Neuralink can provide augmented reality beyond the novelties of Space Invaders, there are many other advantages. Telepathy, for example, isn’t so far-fetched anymore.  Link is, in reality, an electronic device that transmits digital signals wirelessly through electrodes. It would be comparable to airdropping images between iPhones if the messages could be transferred to another Link device. Maybe we can telepathically phone our Martian families with the help of quantum entanglement.

Neuralink’s technology, at this point, probably won’t be able to translate neural firing patterns into complete sentences, but, hopefully, it will be able to solve specific activity into images. You can also use single words. It is possible to improve this type of feature over time. Furthermore, communication speed will improve. As it stands now, I am only capable of typing at a rate that allows my fingers to traverse planet QWERTY gracefully.

The speed at which my thumbs weave when using my phone is what I think about when using it. Whenever I speak, I have to say slowly to avoid getting tongue-tied. Minds, however, think instantly. As soon as Neurolink captures and converts these instant thoughts into instant communications, I may be able to communicate without speaking. We could also use it to replace drugs – beginning with more acceptable, recreational ones. Coffee, cigarettes, and alcohol would no longer have to be consumed to achieve the desired effect.

Those businesses may eventually be replaced by app versions available for $0.99, perhaps for $50, accounting for inflation. Some other, more illegal ones may also be exploited digitally. Nonetheless, how Neuralink intends to regulate the third-party development of its software raises some questions. In the meantime, governments are focused on Facebook’s Libra program, so it’s something they’ll have to deal with later.

As a brand new company run by Elon Musk, Neuralink may come across like a mad scientist’s plaything at first; indeed, the pursuit does not sound too far-fetched with Musk at the helm.  You can glimpse a pretty different future for humanity if you look beyond the sci-fi horror movie you initially think it is – one that includes a new sense, the Neuralink. I hope you like Our article on Neuralink; if you have any questions or queries regarding Neuralink, mention those in the comment section.

Neuralink: What is its purpose?

The Neuralink chip is called the “Link,” It allows wireless communication between the brain and a smartphone. Musk predicts that humans will compete with rapidly developing artificial intelligence due to the resulting computing power.

Does Neuralink pose a threat?

Its chip is vulnerable to hacking and malicious attacks, which is currently causing concern for Neuralink. Users and the company will be concerned about this particular issue due to “digital death.”

Is it possible to hack Neuralink?

Neuralink implants in the brain could create a mass of sentient beings hacked through Elon Musk’s Neuralink program, experts say, so technology advancement should be carefully performed.

Neuralink: Can it cure blindness?

In human trials, scientists prepare a device that can cure blindness thanks to its direct connection to a brain chip, beating Elon Musk’s Neuralink, which has not yet been commercialized. A ‘bionic eye’ – a long time coming – is about to be implanted in a human subject after more than ten years of development.

Is Neuralink capable of controlling me? 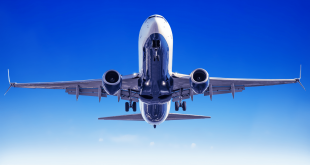 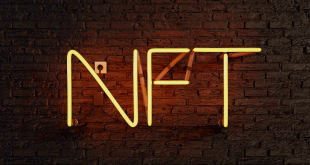 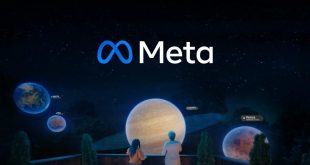 AI Solving Business Problems: Cloud-based scalable and dependable services, such as SaaS and PaaS, are …